59 shares
There was a time that every time we went to Costco we picked up a bag of Brownie Brittle.  We’d open in the car and have it half eaten before we got out of the parking lot.  With a family of 5 that’s not that hard to do! 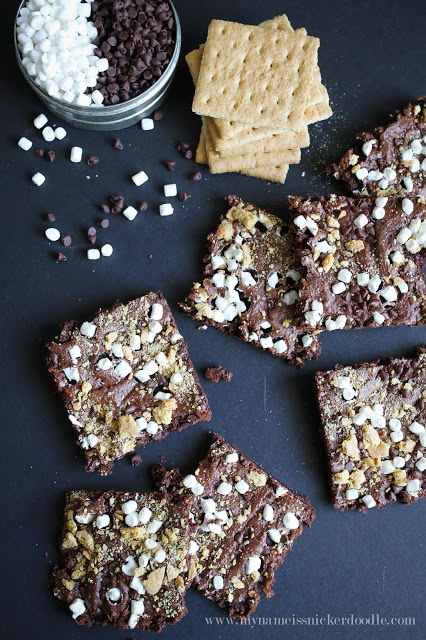 I do love a great soft and chewy, sometimes even fudgy brownie.   I think half the population fights over the corner piece while the other half begs for a middle square.  I love them either way because it’s all the same chocolatey taste!  That’s why I love Brownie Brittle because I get all that yummy taste and not feel guilty afterward for eating a brownie (or three!).  It’s crispy, crunchy and is a great snack. 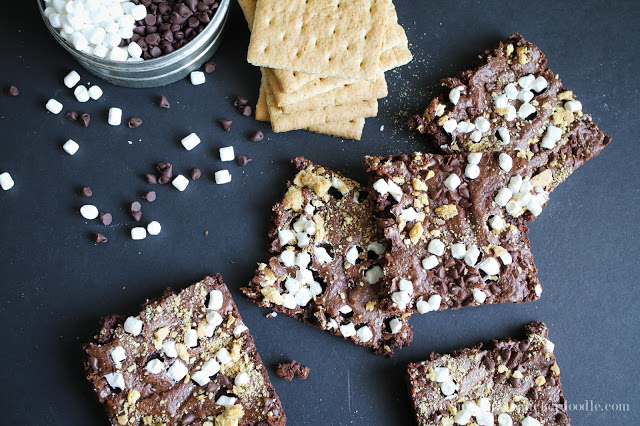 You can definitely make these without the marshmallow and graham crackers, but they are just too fun with the s’mores addition. 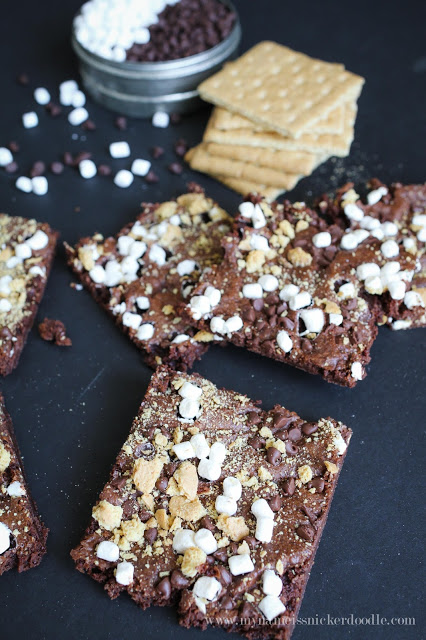 Directions
1.  Preheat oven to 350 degrees.
2.  In the microwave melt butter and chocolate chips together in a large microwave proof bowl.  About 1 minute total, stirring after each 10 seconds.
3.  Mix in sugar, brown sugar and vanilla.
4.  Blend in egg white and stir until combined and smooth.
5.  Add in cocoa powder and flour and mix until just combined.
6.  Spoon onto a well greased standard baking sheet and spread out even all the way to the edges.
7.  Sprinkle mini chocolate chips and mallow bits* over the batter and gently press down with hands.
8.  Crumble graham crackers over a small bowl, leaving some smaller bits.
9.  Sprinkle crumbs over batter.
10.  Bake for 15 minutes.
11.  Remove from oven and immediate cut into squares using a sharp knife.  Make sure to also run the  knife around the edges of the pan.
12.  Let it cool completely before removing and serving.

*Mallow Bits are made by Kraft and can be found where regular marshmallows are in your local grocery store.  Usually on the top shelf. 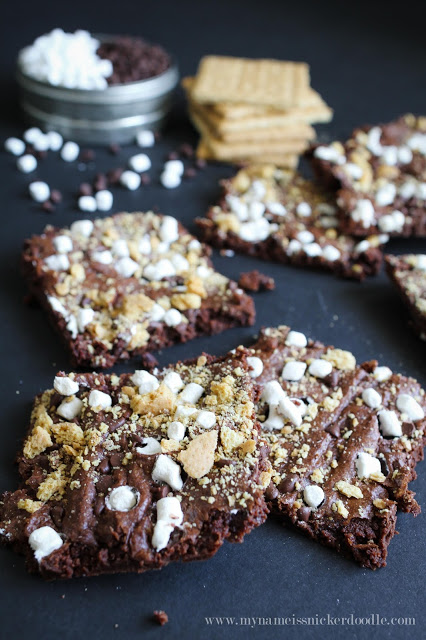 BrownieChocolateDessertMarshmallowsRecipeSmoressugarTreat
August 31, 2015
Enrichment Night You Are One In A Melon 25+ Candy Googley Eye Treats For Halloween 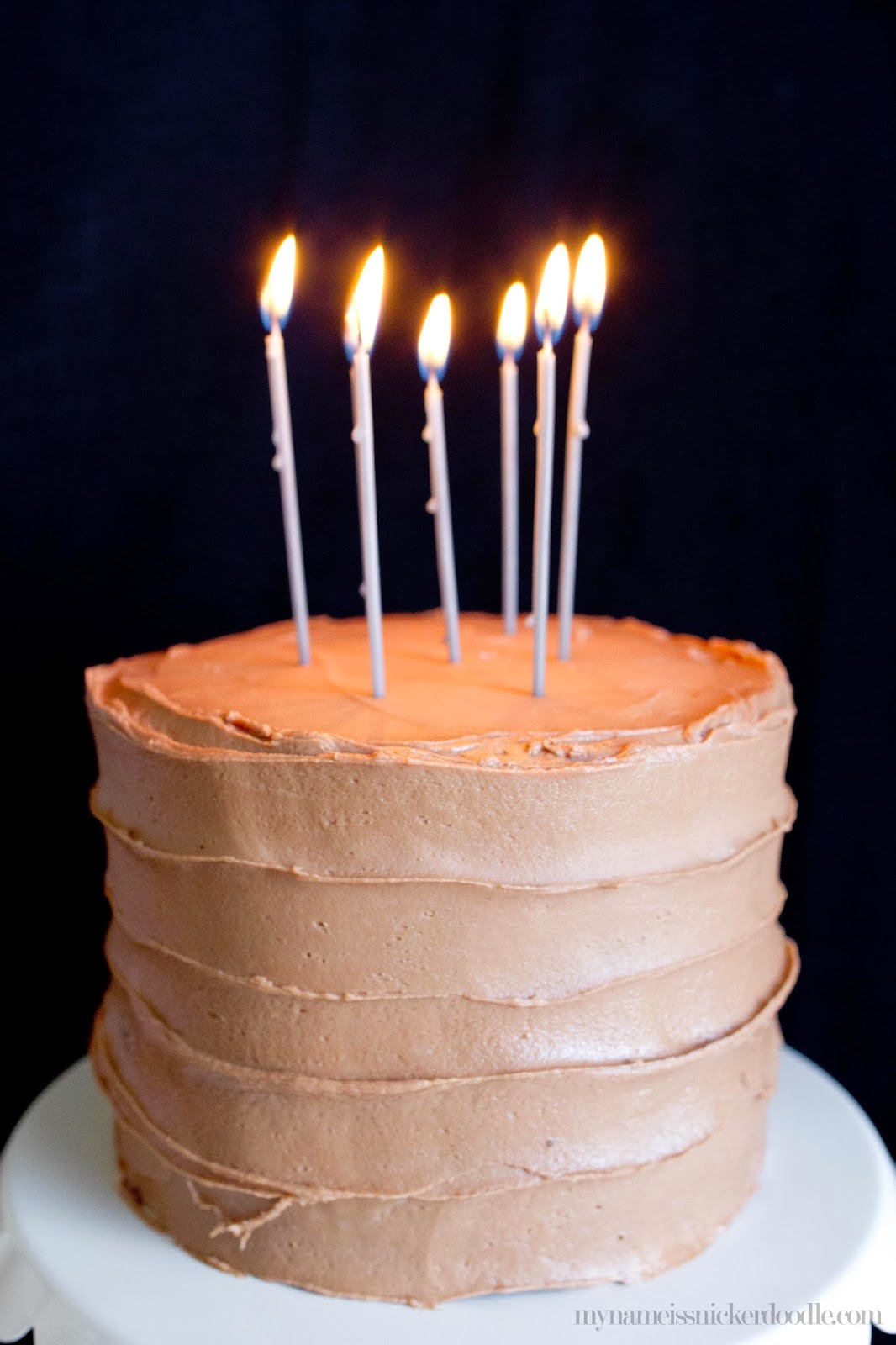 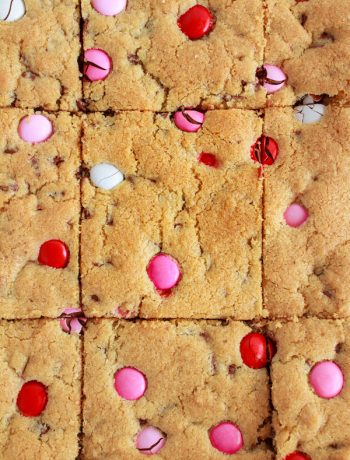 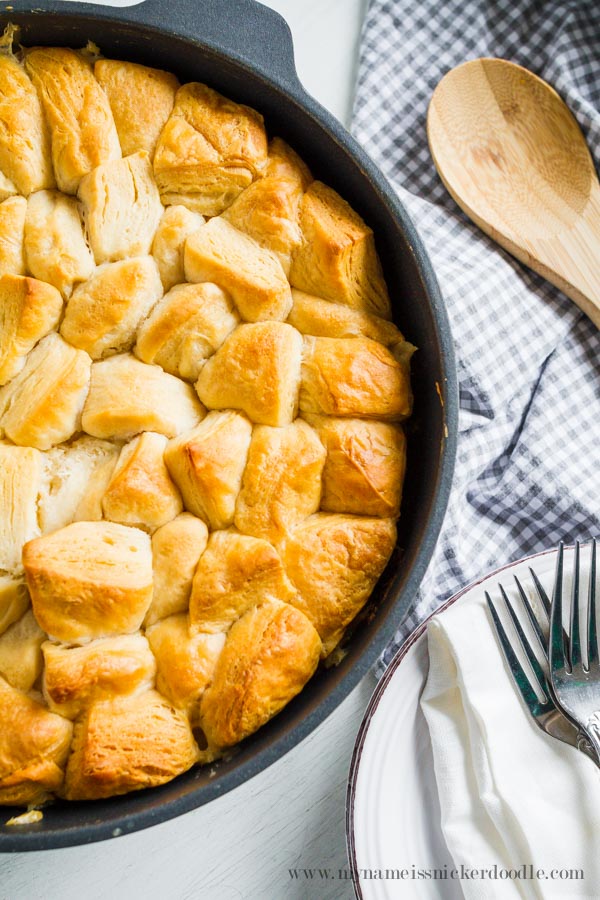 One Pan Biscuits And Sausage Gravy