Having to say goodbye is a hard thing to do.  Having to say it multiple times (sometimes to the same person) is even harder.

From the time Ian actually got the job until we actually moved was over a month.  Liam graduated from Kindergarten and summer was supposed to start.  Now with moving expenses about to be piling up, my summer to do list was almost completely cut out.  We also had plans to take a two week vacation to Utah to visit my parents.  That was one of the top things that became hard about this move.  It’s been too long since we’ve seen them and it was hard to cancel that trip.

Every day Ian would call on his way to see some new houses.  We were wanting to rent, but had heard it’s a crazy market and everyone else was wanting the same thing.  Houses just seemed to not be available in our price range and area we were looking for.  We were actually hoping for one particular house that seemed perfect.  We had waited for days to hear back on only to find out it had been taken.  Ian was loving his new job so that was a big plus in our lives!

Back in Fort Worth, friends and family were keeping us busy with dinner invites, play dates and goodie baskets. 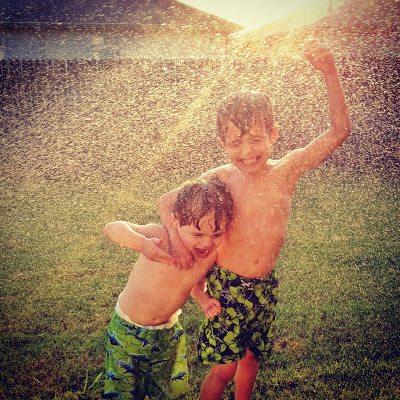 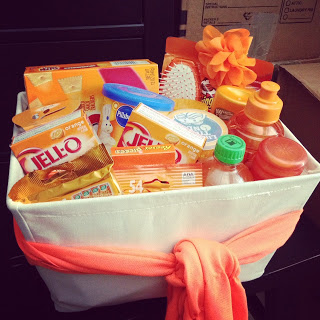 {“Orange you glad you’re moving to Austin?” My friend, Lori, is just the best!}

Through many prayers, we felt we needed to look in another area and change our budget for a home.  It was the next day that Ian found it.  He called me and told me he’d found our home!  At this point I didn’t care what it looked like (well, kinda) and told him to go for it.  The pictures online seemed okay and I had google mapped every single direction of the neighborhood.  Liam’s school was 1/2 mile away, church was 5 miles away and the local HEB (grocery store) was a little more than 2.  Ian’s work was further away, but doable.

Saturday we had some help from family and a friend.  Not much, but they were work horses and we were loaded up.  We had a few hiccups, but ended up being okay in the end.  My MIL watched the kiddos so when we were done we went to pick them up and were on our way to Austin.

It became very surreal then, following Ian in the moving truck.  I wasn’t as sad as I thought I would be.  Yes, I was already missing my dear friends and knew we would always see family from time to time.  The excitement of something new was kicking in and I couldn’t wait for us to be settled again and just be together as a family in a house.

The boys were great on the drive and it didn’t take as long as Ian thought it would.  As we drove around the corner and onto our new street, I finally felt like I could breathe again. 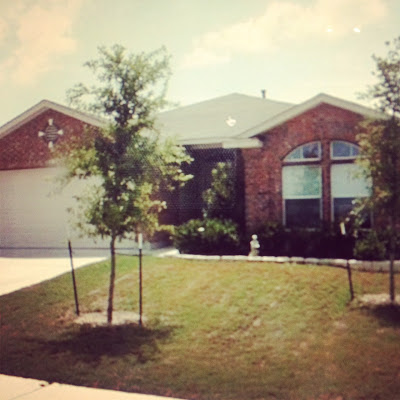 {A picture of my computer screen when we got the house.  Isn’t it beautiful?}

I made everyone stop at the front door and snapped this picture.  I wanted to remember the moment and what it took for us to get there. 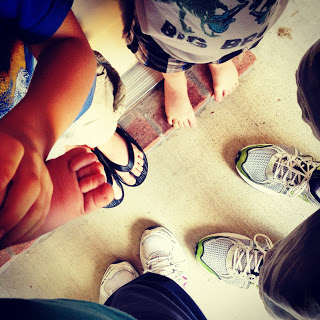 Ian picked a great one (or did it pick us?).  It’s perfect for our family.  Once we let the boys in, they went wild running into each room and searching every empty closet.  It was at this point that the adrenaline wore off and Ian and I were exhausted.  Ian headed to the store for a few things that we needed and I unpacked our cars.

It was around 6:30 and we couldn’t stand ourselves anymore.  We set up our make shift blanket beds in the boys room and tried to sleep.  Of course when you’re in a new place and sleeping on the floor, it’s hard to get comfortable. 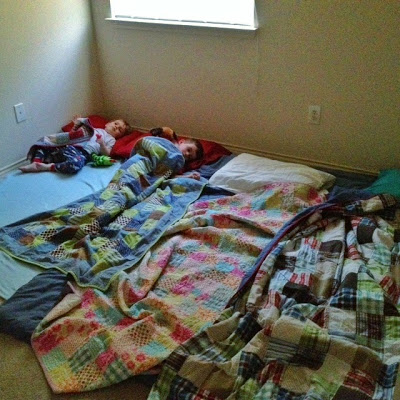 6:00 am the next morning we are all wide awake.  We started to unpack a few things in the truck and then headed out for some breakfast.  Ian took us to his new building and we got to see a few of the sites.  Ian then went to church so he could ask for some help with unloading the piano we just inherited from his mom.  He and I could unpack the whole truck, but there was no way we could do the piano by ourselves. 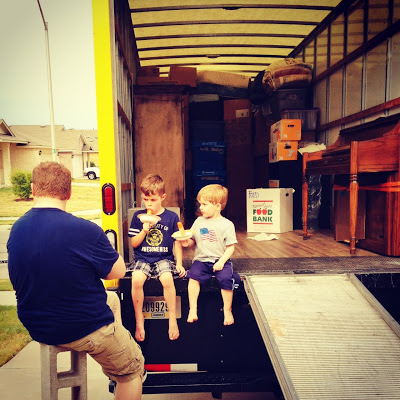 {Taking a popsicle break.}
He came back and said there were going to be 3 guys to help us at 6:30.  We were kind of in a rush because we had to return the truck the next morning at 9.  We kept unloading and got about 3/4 of it out.  6:30 rolls around and 5 guys show up with two of their families baring welcoming treats for our family.  They successfully moved the piano and then helped with the remaining boxes.  It took them about 15 minutes where it would have taken Ian and I another few hours to do.  The moment Ian shut the truck door it started to rain.  And not just rain, but pouring rain came down for a few hours.  It was definitely a blessing that we had some great help and met some potential new friends!  It’s such a great feeling to be back together as a whole family.  Ian had taken Monday off so we could return the truck and get beds and some other furniture assembled.
We’ve been settled for 2 months now and absolutely LOVE it.  My family and friends didn’t really believe me when I would tell them I loved it so much.  I’m excited to see what Austin’s going to bring for our future!
In all the years we’ve been married, we’ve either lived in apartments or the few years we lived in my parents unfinished basement.  Our last apartment was two bedrooms and slightly over 900 sq ft.  It was such a nice apartment in a great part of town.  When we moved in it was just the three of us with Owen on the way.  People would inquire if we were going to stay long since our family was expanding.  We had plans of moving into a home, but things just didn’t work out for us financially.  Then, when Slone came along and we were now a family of 5 living there, people thought we were crazy.  We started getting a lot of inquiries of how we did it.  How did we survive with all of us living in such small quarters?  Some people were just curious.  Others were a little tackier in their delivery of such questions.  No matter how it was said, it always hurt my feelings.  Well, I should say that I let it hurt my feelings.  I would always reply with a smile on my face and say, “We just make it work because we have to.”
A few days after we moved into our beautiful 4 bedroom and almost 1800 sq ft home, I actually asked Ian the same question.  How did we survive living on top of each other?  He just laughed.  We made it work.
Moving
September 17, 2013
Glorious Table Halloween Pins 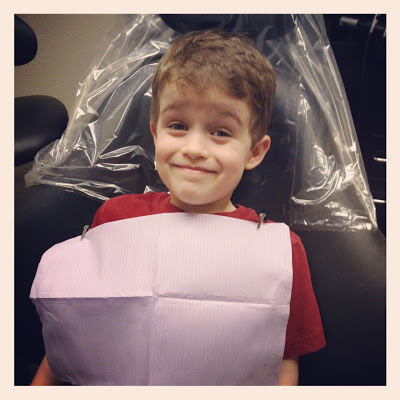 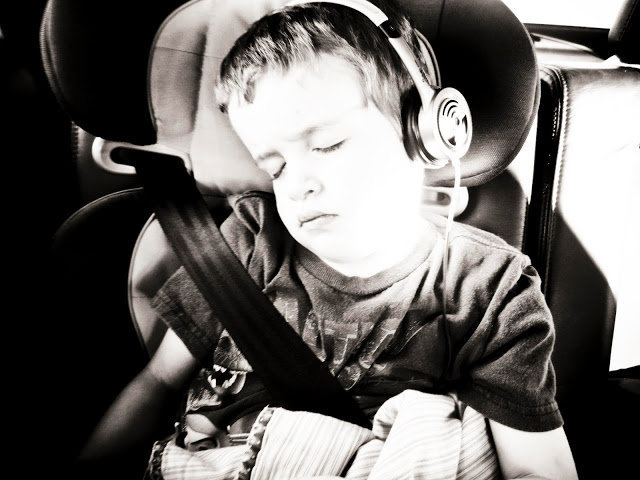