Desserts are always a guest at holiday parties!  During the summer months I tend to really like refreshing or cooling desserts for obvious reasons (it’s already in the triple digits here!).

I’m sure everyone’s had this next dessert at least once in their lives.  I’m not sure where it originated from, but I do know it’s super special to me.  My mom made this dessert every summer when I was growing up.  Well, at least it seemed that way!  As simple as it was being baked in a 9×13 pan and topped with Cool Whip, it still brings up happy memories from my childhood.

I decided to switch it up a bit and make cupcakes out of it and instead of Cool Whip, top it with butter cream frosting!  Of course, I had to make it very holiday-ish with red, white and blue toppers! 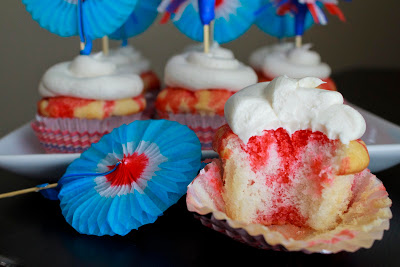 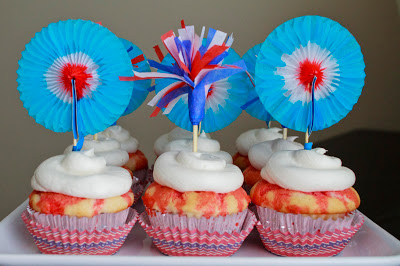 Bake cupcakes according to package directions.  As soon as you take them out of the oven, mix together jello and boiling water.  Stir for about 2 minutes until jello is dissolved.  Stir in ice water.  With a skewer, poke holes into the top of the cupcake, about 20.  With a spoon or a cup with a spout, slowly pour jello over each cupcake.  Chill for 2 hour before frosting.

In a stand mixer, cream together butter, shortening and vanilla extract.  Slowly add in powdered sugar and blend until completely combined and no sugar lumps.  Thin out frosting to desired consistancy with heavy cream.  Frost cupcakes.

I posted this recipe years ago, but never took a picture of it.  I made it again recently and finally captured how yummy this really is!  I got it from a friend and my family just can’t get enough of it!  So much better than any other jello salad recipe out there.  You know the one…fruit cocktail, cool whip, and nasty marshmallows! 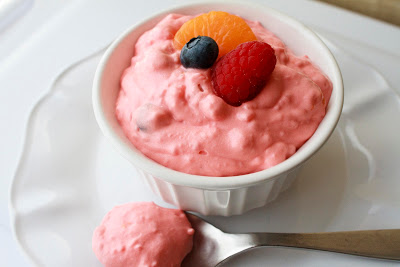 In a medium pot whisk together vanilla pudding mix and 3 cups of water.  Bring to a boil and stir in jello powder until
dissolved.  About 2 minutes.   Pour into a bowl and chill in fridge until cooled and set.
About 1-2 hours. With a stand or hand held mixer,  break up jello mixture into tiny pieces.  Add in
cool whip and beat again. It should resemble a yogurt type consistency.  Fold in fruit and chill until ready to serve.

What are you serving for your 4th of July get together?  Is it a dish that is a must-make tradition? Or have you found a new recipe that you are trying out for the first time? 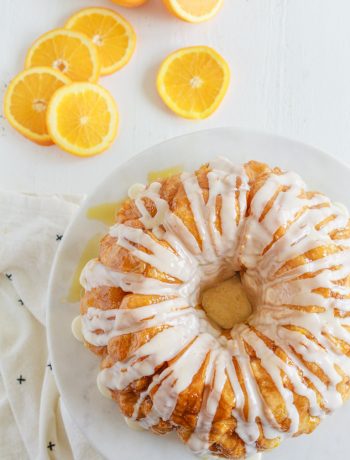 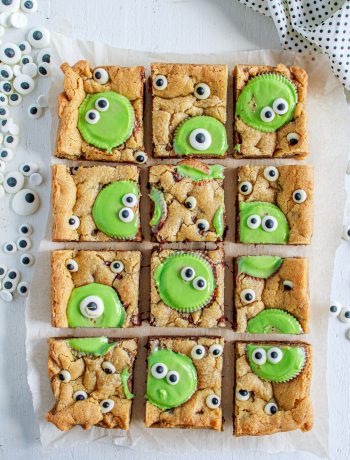 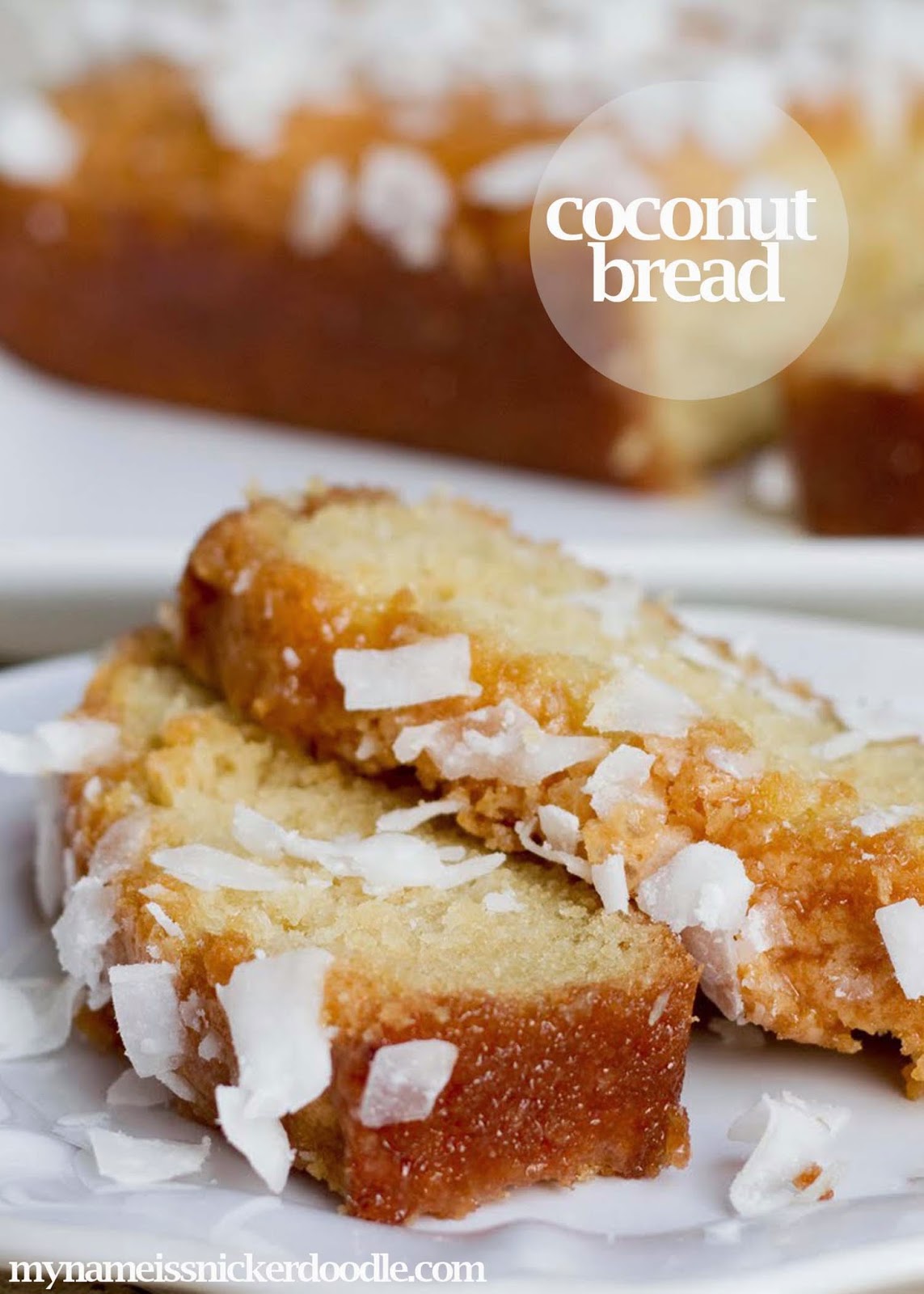