A month has past and I am feeling more like myself every day.  I gave myself a “few weeks off” from the computer and some of my day to day go-arounds so that I could recover, sleep and just ease myself into being a mom of three little boys!  I am still recovering more slowly than I had anticipated.  Sleep is most certainly a hot commodity around here and there definitely was no easing into a third child.  This month flashed by and I have to say that I have enjoyed most every moment!

Let me catch you up.  I went in for my weekly check up on a Monday afternoon.  As I’ve mentioned before I had been getting an ultrasound every visit since 30 weeks since I am considered “advanced maternal age”.  The second to last visit baby was weighing in at around 6 lbs 8 oz and they guessed he would be close to or a little over 8 lbs when born.  Pretty standard for my boys.  The next visit his weight jumped up to 8 lbs 11 oz.  WOW!  The tech was stumped at the gain, but said it could happen.  So here I am at my 39 week visit and (I use the word loosely) little Slone looked like he was weighing in at 10 lbs 11 oz!!!!!  Hello Thanksgiving turkey!  My dr. opted for an elective c-section, but left it up to me to choose.  There were risks with both, but with him being so large, c-section seemed the best way for him.

I was fine in the dr. office with the whole new situation (I had planned on giving birth naturally like my other two) and was getting excited that I would be done posing as a beached whale the very next day.  It wasn’t until I called Ian on my way home to let him know the details that I started to get scared and nervous.  I’ve never had major surgery before and wasn’t sure what to expect.  By that evening, though, I felt confident we were doing the right thing and was extremely overwhelmed that everything was going to change in less than 12 hours!

My SIL watched the boys the next day as Ian and I ran some last minute errands than eventually headed over to the hospital.  I was still nervous and we showed up 20 minutes early.  Luckily the nurse was pleased we weren’t late and was grateful for the extra time she had to prep me. 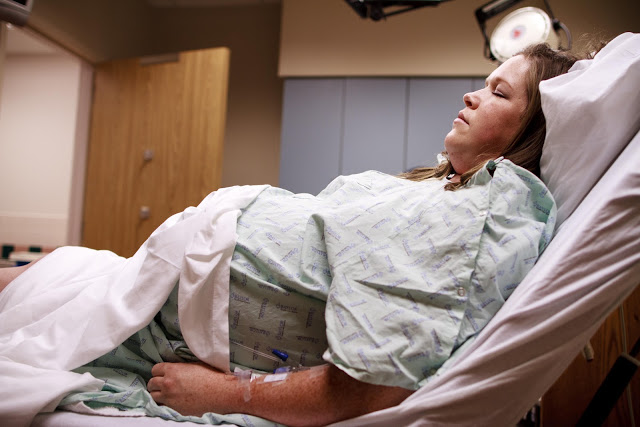 Not the most flatering picture of me, but it just goes to show how uncomfortable I had been for the last few weeks.  Are you with me on this one?!?!?!

The 2 hour prep time flew by as a million questions were asked, IV’s were poked in and instructions were given.  It was becoming very surreal as I waddled a few yards to the OR.  Ian was getting dressed in another room as I was getting poked and prodded.  The nurses and doctors were wonderful and made me feel very comfortable…or maybe it was the heavy drugs!!!  Friends who had c-sections had warned me that the room was going to be cold, but to any pregnant woman it sounded like heaven.  No…heaven it was not!  More like standing completely exposed in the produce room at Costco!

Within moments after I layed down and my arms were strapped, they brought in Ian.  The space they gave me by my head to walk through (monitors, wires and me were crowding the space) was about 2 feet wide.  They had him walk around by my feet and I didn’t find out until afterwards that they had already cut me open and started surgery.  Ian is VERY squeamish, but kept it together after witnessing my guts in all their glory!  Minutes later,  I hear Slone’s cry for the very first time and it’s beautiful!  Through our tears, Ian and I give each other a look that says it all…”I love you.”, “Is this really happening?”, and “here we go!” 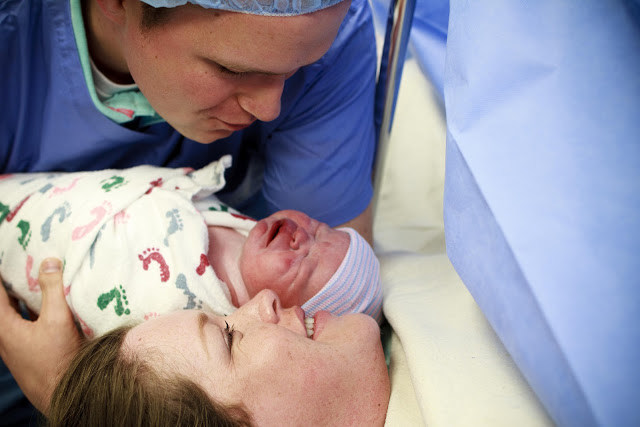 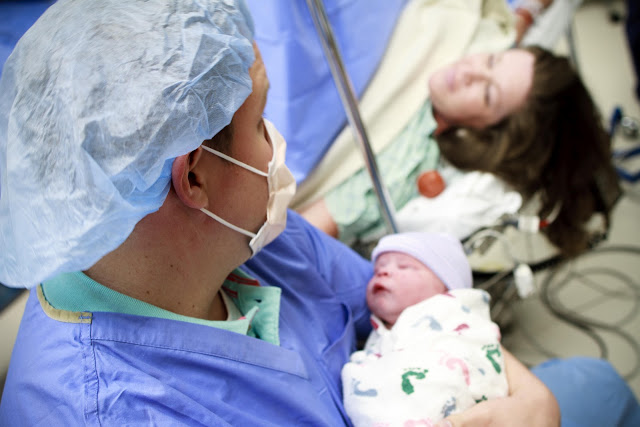 The doctored popped his head over the curtain for me and I was instantly in love!  I had a mommy feeling that he would have dark hair, but I didn’t anticipate so much of it!  I sent Ian over to take pictures.  Again he had to walk past me and witness the doctor’s whole arm inside of me as she is pushing on my stomach.  He still won’t talk too much about it or it makes him sick!

Slone weighed in at 9 lbs 10 oz a far cry from an almost 11 pounder and was 20.5 inches long!  He had retained a lot of water because I had retained so much water, but he was just a doll and so handsome! 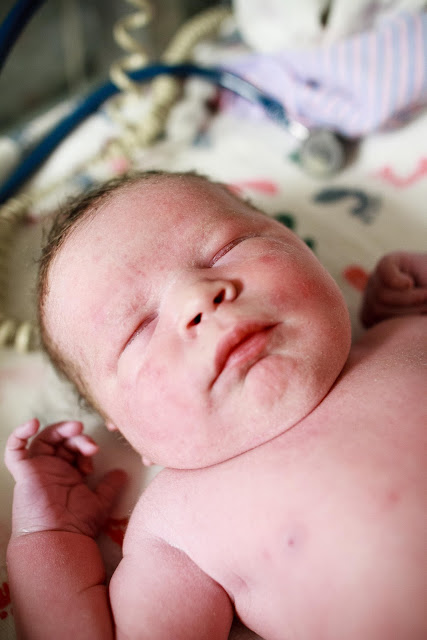 They had me stapled up in no time and I was wheeled to the recovering room where I stayed for about an hour.  Because I was so drugged with morphine and magnesium, I was pretty out of it.  Looking back on that day, I really only remember bits and pieces.  I got sick a few times, was pretty dizzy and tired, but I just wanted to soak in my new little one.  My wonderful friend, Lori, stopped by once I was in my room and brought me a WHOLE Coconut Creme Cake from La Madeline (the one thing I was really craving those last few weeks).  Then most of Ian’s family showed up for a visit.  We didn’t get any whole family pictures of the 5 of us because I was pretty much asleep the whole time they were there. 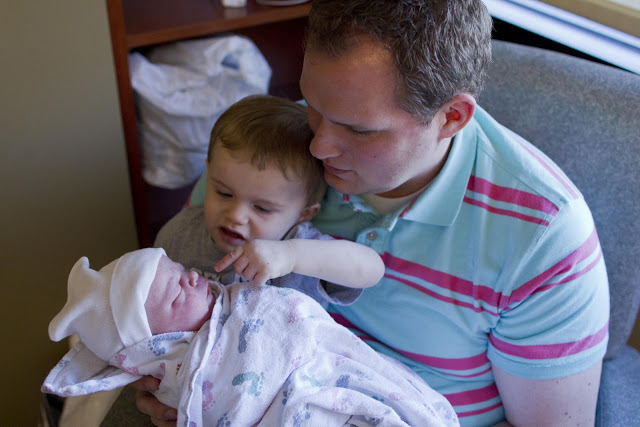 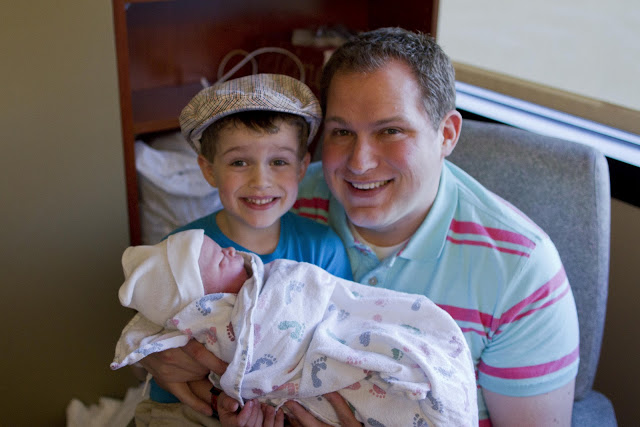 Ian’s mom and sister took care of our boys and cleaned our home while Ian spent some time with us in the hospital.  The nurses were supreme and I even got my favorite nurse two nights in a row. She also happens to go to our same church and I adore her.

It was a quiet stay while I was there.  No one came to visit after that first day and I was actually grateful that I had time to just rest and love on my new little son.  He is a total joy, completely snuggable and a perfect fit in our family. 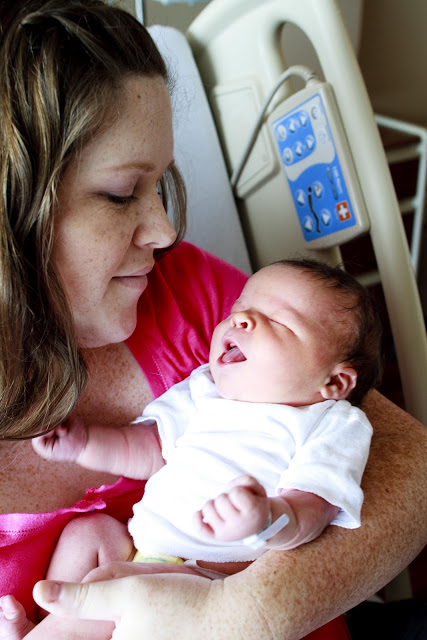 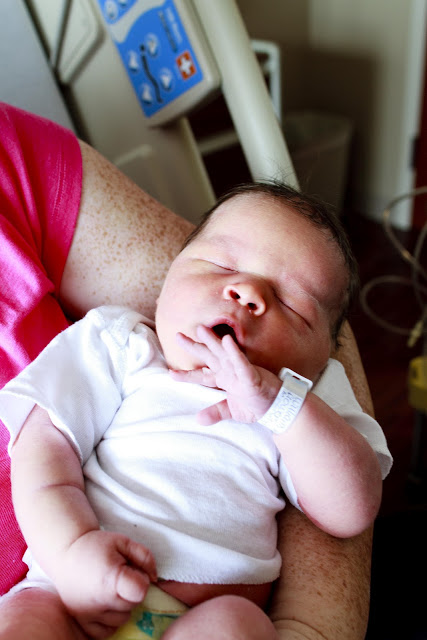 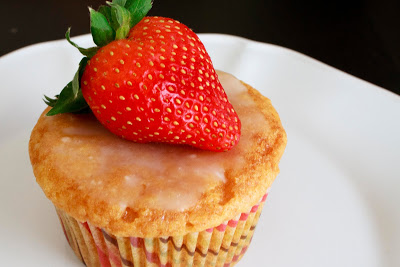 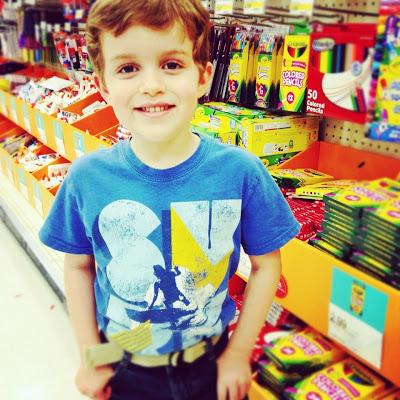