I’m not one to shy away from indulging during the holiday season.  With all of the parties and family dinners, it’s hard to resist all of that yummy food and desserts!  I’m also one who has a hard time making a decision of what I want to eat so I usually just take a little of everything! 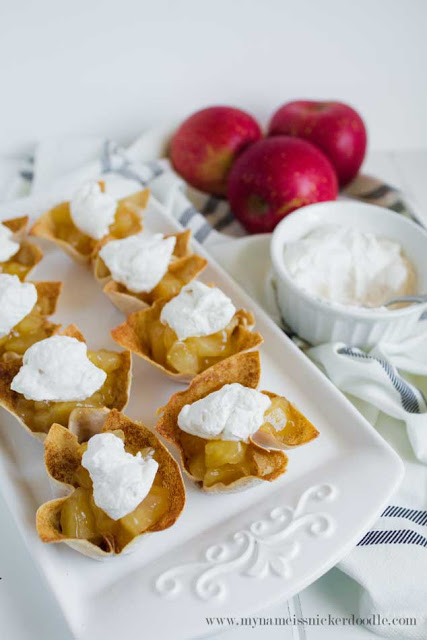 That is why I love these Skinny Mini Apple Pies with Cinnamon Whipped
Cream.  Anything in mini form and I automatically feel like I’m not
going to get in trouble eating a huge piece of regret! 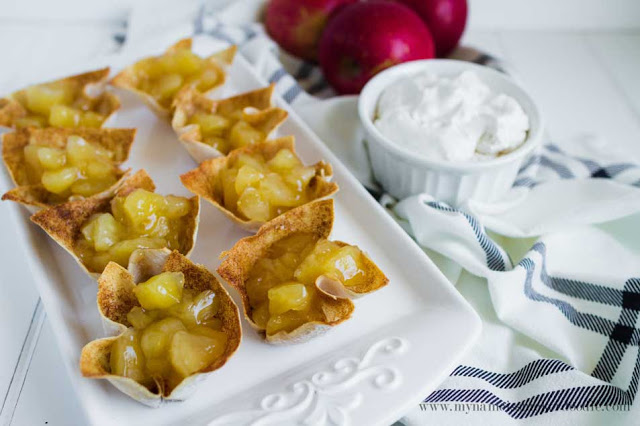 They also are made with wonton wrappers so there is no guilt in eating a buttery crust.  These taste just like a slice of apple pie, but without all the fuss and muss.  I served mine with a delicious cinnamon whipped cream, but if you truly are trying to cut back, feel free to leave it out.

With this dessert you can alleviate all the guilt for your holiday guests.  Plus they look absolutely adorable! 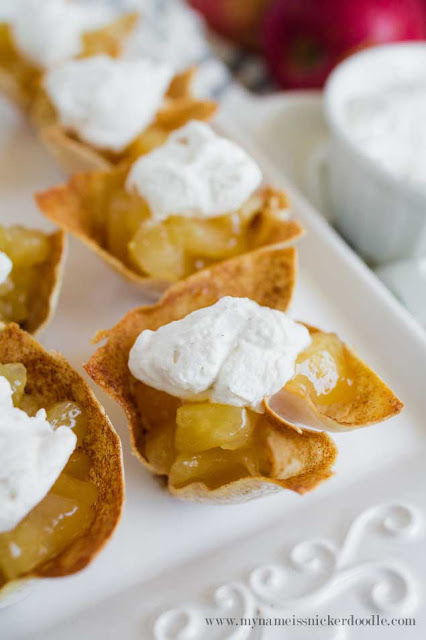 Directions
1.  Preheat oven to 350 degrees.
2.  In a small bowl whisk together egg and water together.
3.  In another small bowl mix together sugar and cinnamon.
4.  Brush one side of the wonton wrapper with the egg wash and sprinkle with cinnamon sugar mixture.
5.  Place into a regular muffin tin, creating a cup.
6.  Repeat with remaining wrappers.
7.  Bake for 6 minutes.
8.  Using kitchen scissors or a knife, cut apple filling into smaller pieces.
9.  Remove muffin tins from the oven and fill with 1 TBSP of filling.
10.  Place bake in the oven and cook for another 5-6 minutes or until wontons are golden brown and filling is bubbly.

For the Whipped Cream
1.  In a medium bowl whip together whipping cream, sugar, extract and cinnamon until stiff peaks form.
2.  Spoon a dollop on top of each mini pie.

Here are some other fun mini recipes. 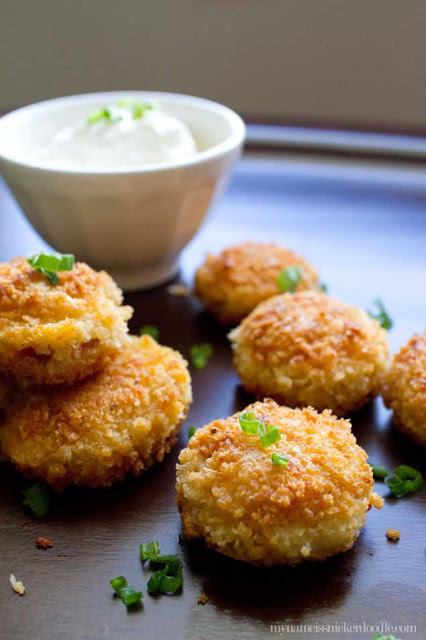 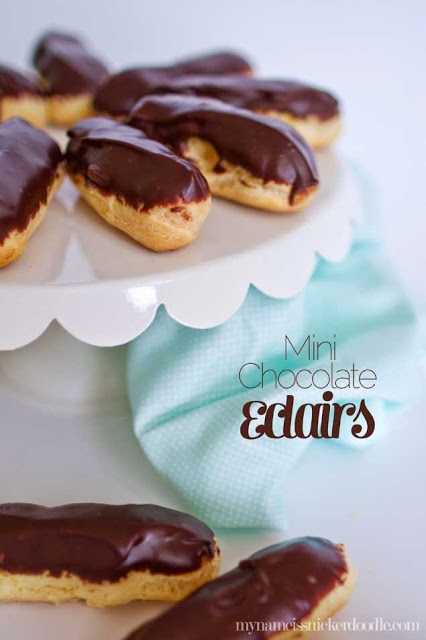 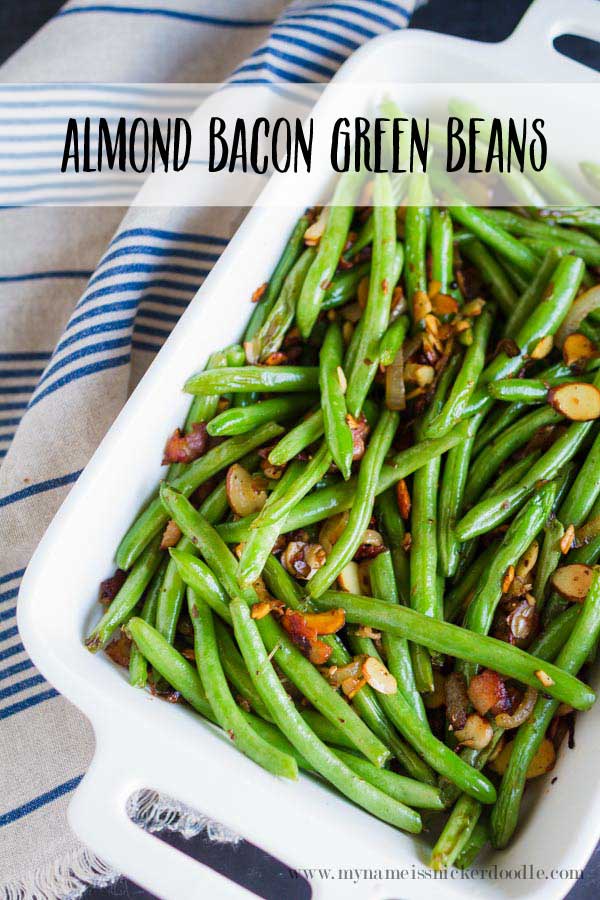 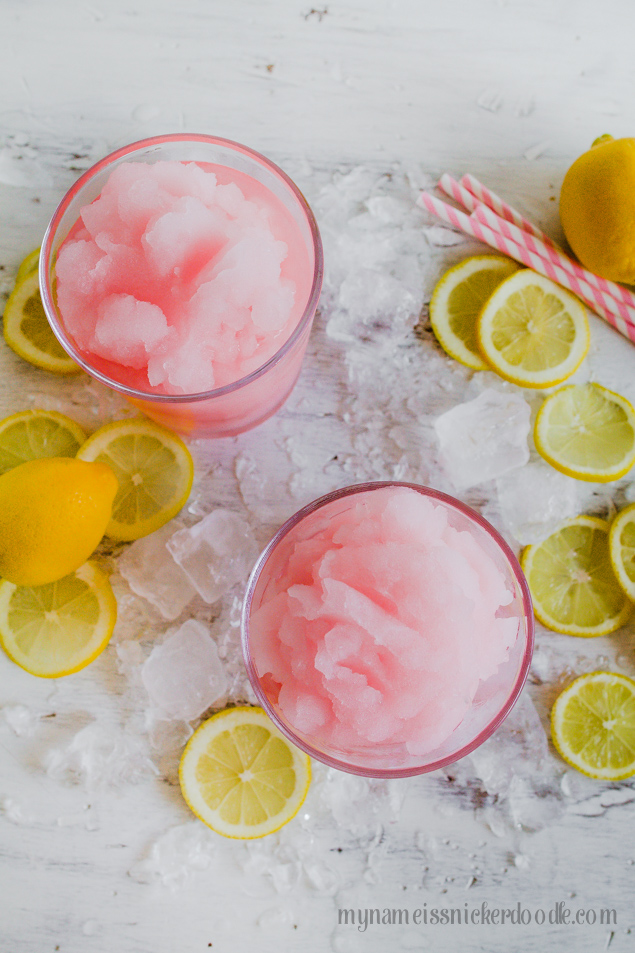 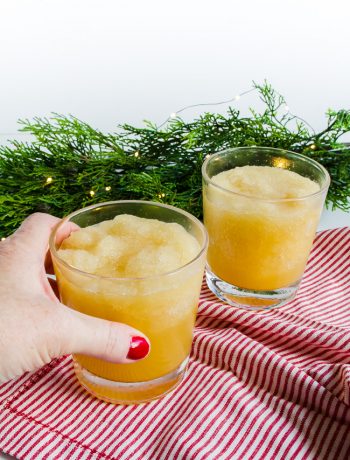