{See the chore chart tutorial here!}
*Edit (August 2016)  I’ve just created my own printable images that you can purchase!  Find the colored version HERE and the black and white version HERE!


Liam is doing great in school.  He’s come home every day with all red smiley faces on his “report card” which is the highest you can get.  Granted, it’s only been 3 days, but that’s still 100% practically perfect in every way, right?  I’m thinking that if he gets so many red smiley faces in a row, he deserves a reward.  Not sure what that will be yet, but something simple and fun!

We have wanted to start something new with his chores at home.  For the last 8 months he’s been rewarded a gold coin for every standard chore he’s done.  This was to encourage him to feel accomplished and work towards things he wanted.  Plus, get some things done around the house. 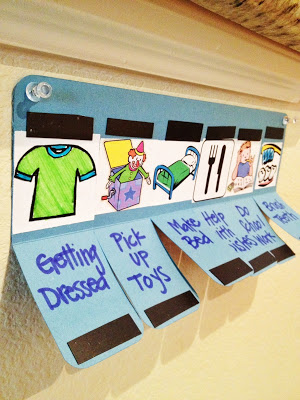 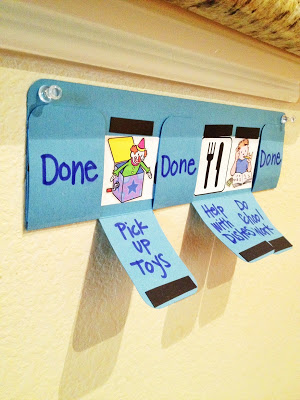 He helped me put it all together and it’s been really successful.

Well, these chores have become the standard “need to be done” every day chores and we don’t fee like he needs to be rewarded for all of them anymore.  He’s older now and can do more things on his own.  I’m planning on making a new chart and still do the gold coins, but he won’t be earning one for each chore, but for each set of chores (morning and night).  I’ll be adding things like laundry, vacuuming and cleaning his bathroom.  Just like any kid the novelty will wear off, but I think it’s very important to motivate your child to work and there’s not a better place to start than in the home.

So, my thoughts turn to my site and how I would like to reward one of you with a giveaway.  Like, a BIG giveaway.  Well, at least as big as my Anthropologie giveaway or even bigger!

Only people who have joined my site (upper right side) and have liked My Name Is Snickerdoodle on Facebook are eligible to win.  Once I’ve reached 500 or more members on my site and 1000 likes on FB I will reveal how to enter and what you are entering for!

Okay…maybe before then I will reveal what you could win, but only as a teaser!!!

I’m sitting here trying not to squeal with delight too loudly because I’ve got two boys who finally fell asleep for naps!
HERE IS A GREAT WAY TO USE THIS DURING THE SUMMER MONTHS!
Chore ChartCleaningHomeworkKidsOrganizingPrintableprojects
August 30, 2012
1
Keen-what? Fabulous Food Friday #133 {Sugar Cookie Bread} 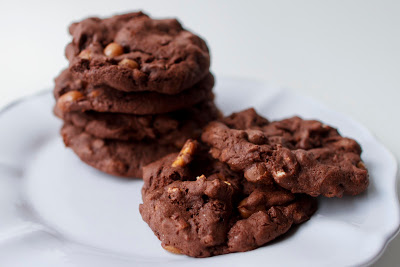