I’ve been seeing chocolate covered cinnamon bears everywhere lately.  When I was pregnant with my oldest (9 years ago) I bought some at the grocery store in the bulk candy section just because they sounded good.  They became the #1 thing I craved.   I don’t like cinnamon bears.  Never have.  However…you cover those little delights in chocolate and they become my favorite candy on the planet! 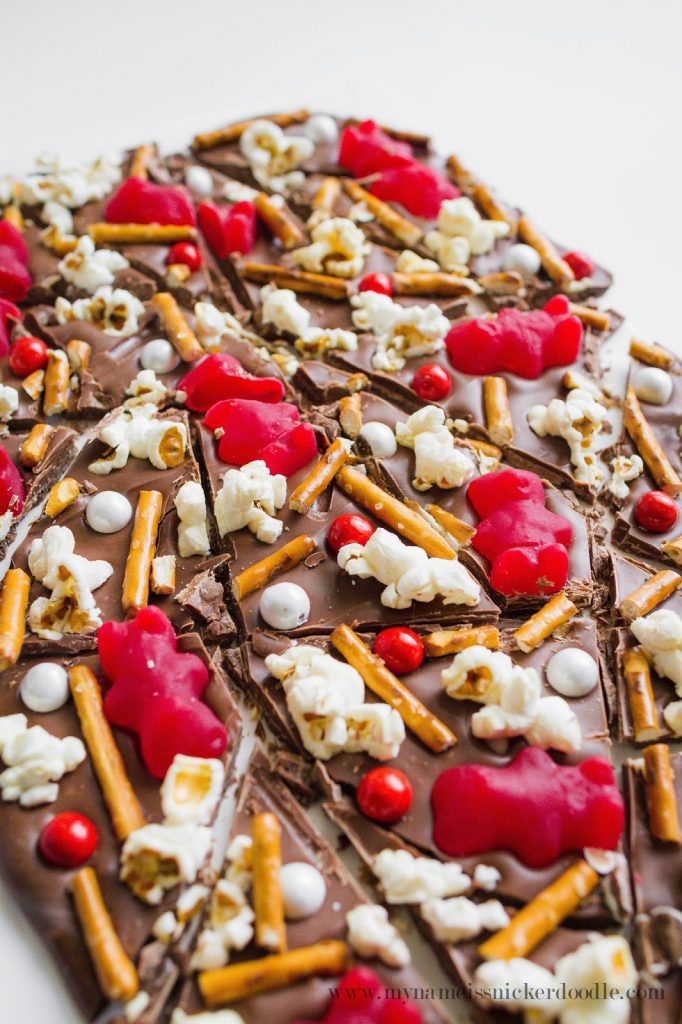 I don’t crave them anymore but, I can’t deny that I would ever pass them up if they were in front of me.  I have thought about actually dipping them in chocolate.  Then I thought, um, no! 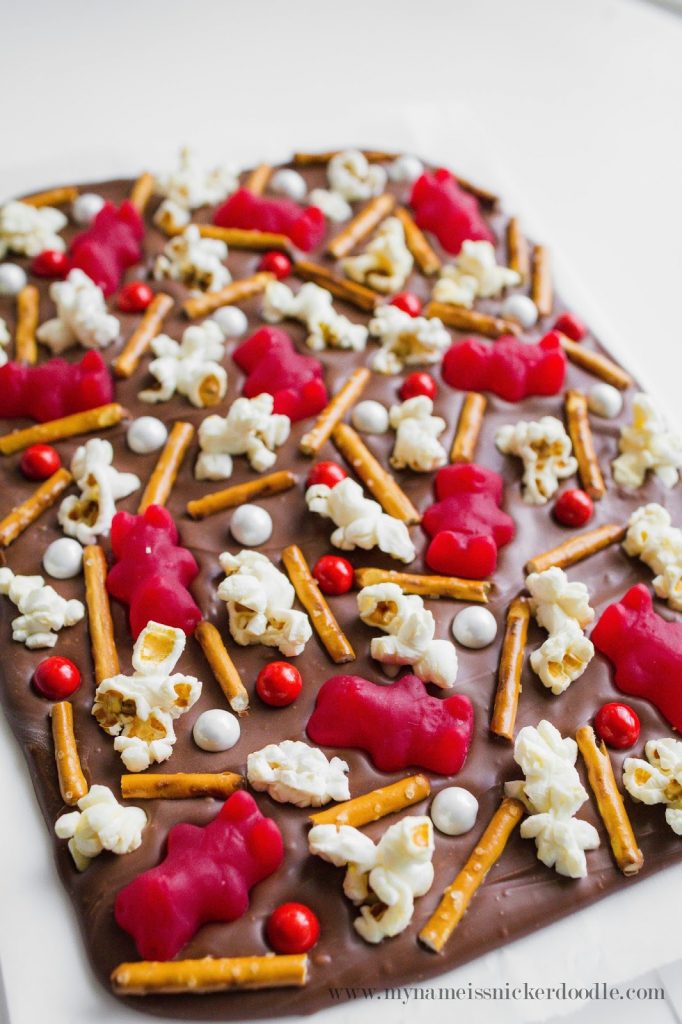 Homemade candy bark seems to be all the rage right now so why not join in on the fun!  Cinnamon bears would have been just fine sitting on top of the chocolate.  The popcorn and pretzels adds a bit more crunch and texture.  Plus, it’s a bonus this is a salty sweet treat!

This is way easy (and quicker) than individually dipping them and tastes even better! 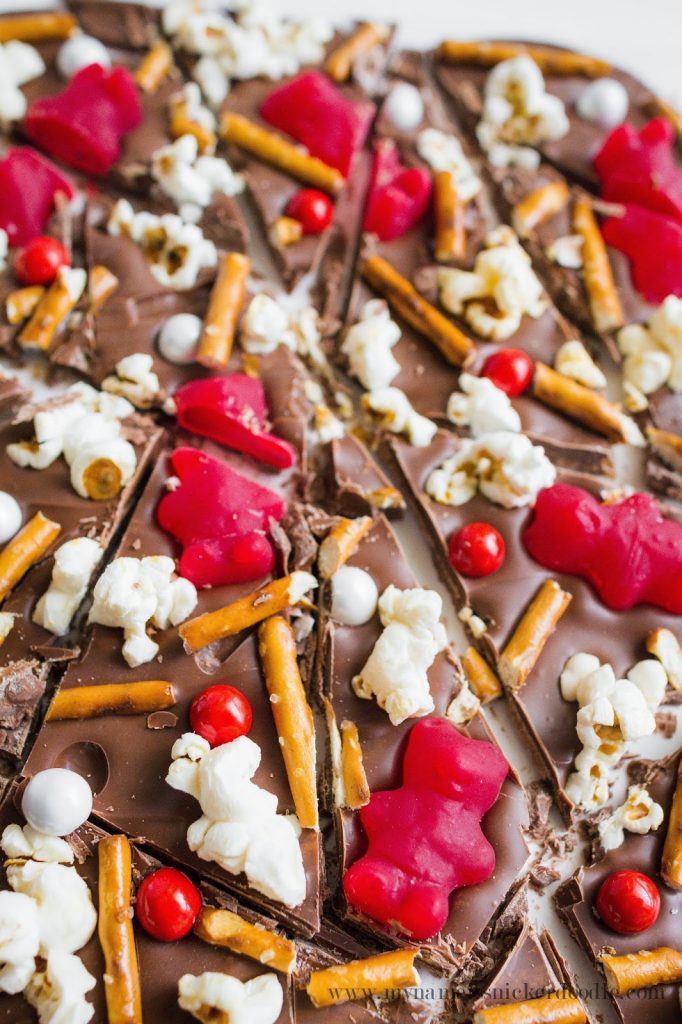 Directions
1. Line a baking sheet with parchment paper and set aside
2.  In a microwave safe bowl, melt chocolate chips for 40-50 seconds, stirring every 10 seconds until melted.
3.  Immediately pour onto paper lined baking sheet and evenly spread out to about 1/4 inch thick.
4.  Place cinnamon bears, popcorn, pretzels and Sixlets all over melted chocolate.  Gently press down.
5.  Let the chocolate cool down and harden.  About 4-6 hours.
6.  Cut into large or medium pieces.
7.  Store in an air tight container for up to 2 days. 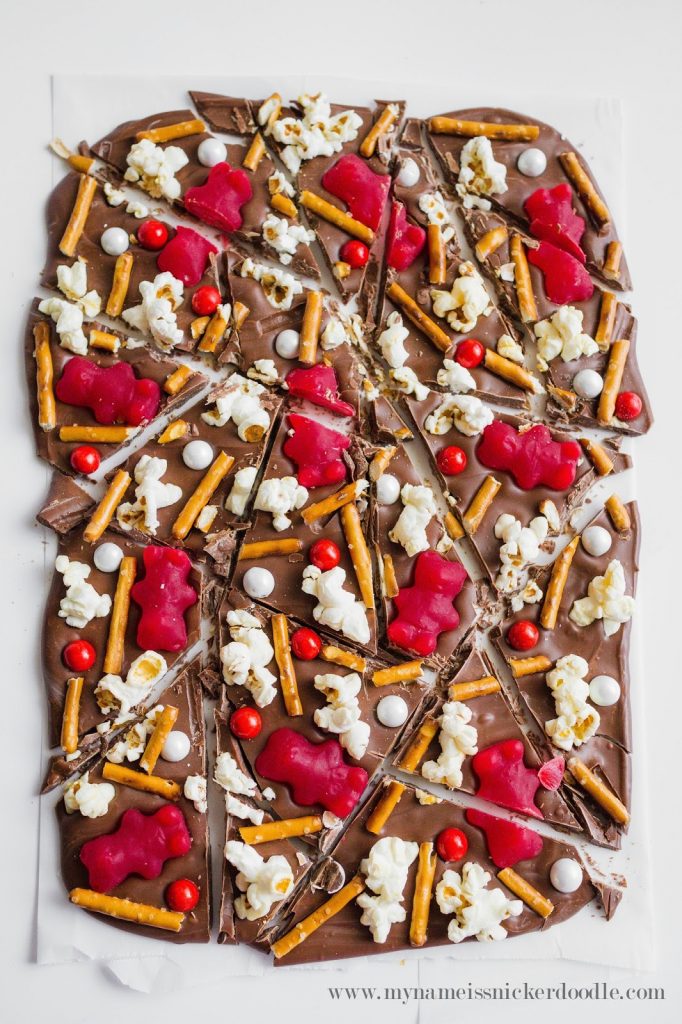 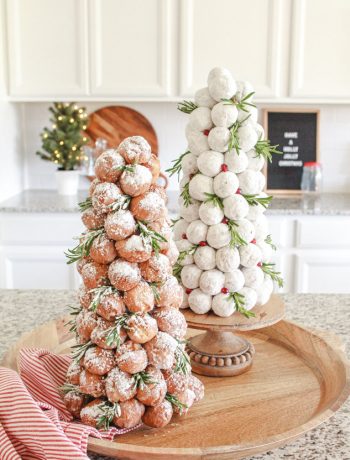 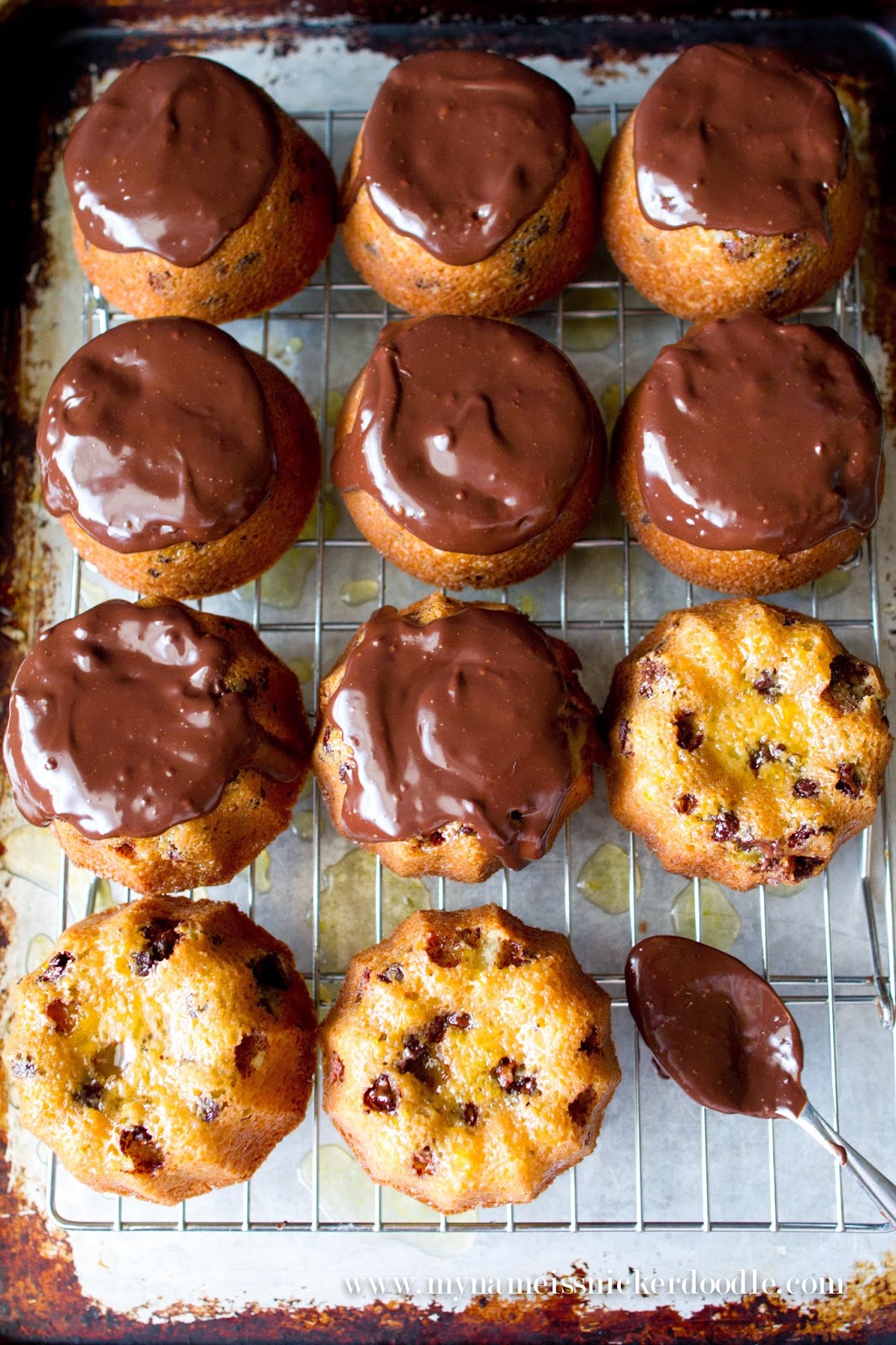 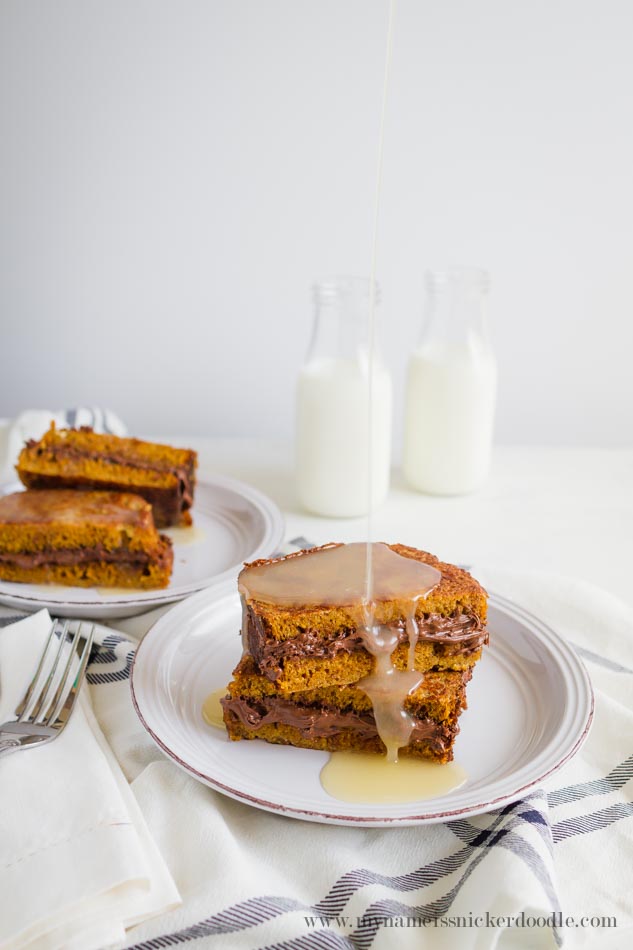