How To Remove Cactus Needles From Skin

In Texas the weather gets really nice early on in the year.  It’s still cool in the evening but, during the day it’s perfect weather.  You tend to try to take advantage of it before it gets blazing hot!
Our good friends built a beautiful fire pit on their land this year and invited us to come for dinner and s’mores.  So fun right?  There were three families there so plenty of kids to play with and explore the Texas wilderness.
My youngest (who just turned 3) went tromping off with the big boys and I knew they would look out for him.  All the adults were sitting around the fire making our 5th and 6th s’more when we heard one of the children wailing.  It wasn’t the type of cry where someone was throwing a fit or got left behind.  It was I’m-in-major-pain type of hurt.  All of the adults stood up ready to go and check it out.  At first, I didn’t think it was my sons because it didn’t sound like any of their cries.  That is until one of the older kids come running out of the trees yelling Slone was hurt. 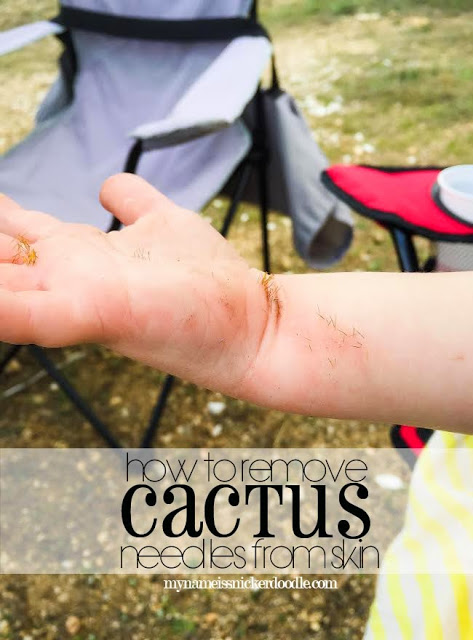 Ian went running and by this time, Slone was walking back with my oldest son, Liam, by his side.  He scooped him up cautiously because he saw he had a run in with a cactus.  We gathered around the fire pit to assess the damage and saw it was only on his hands and wrists.  Liam told me Slone had tripped and caught himself with his hands…on…a…cactus!  Poor, poor kid!  I realized why I didn’t think it was him crying in the first place because he’s never been in that much pain to cry like that.
As my friend went inside to get some tweezers, I took my husbands phone and snapped some pictures of the nasty accident.  By this time Slone was no longer crying, but still in worrisome agony.  Who wouldn’t be?
My friend Googled a bunch of remedies and this is what we found worked best to remove the needles. 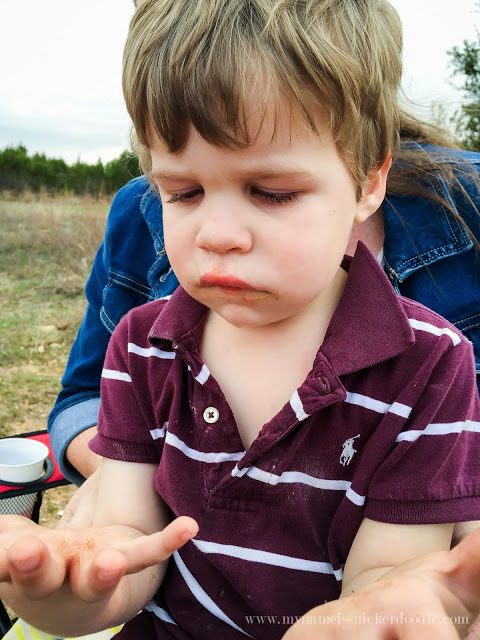 He was such a mess in more ways than one!  His sad little face makes my heart hurt! 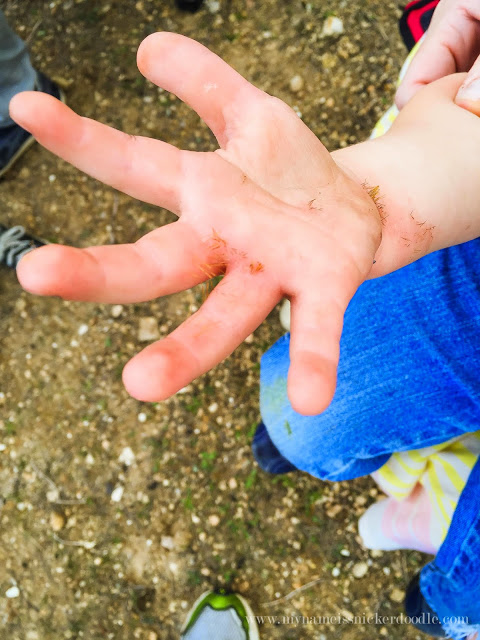 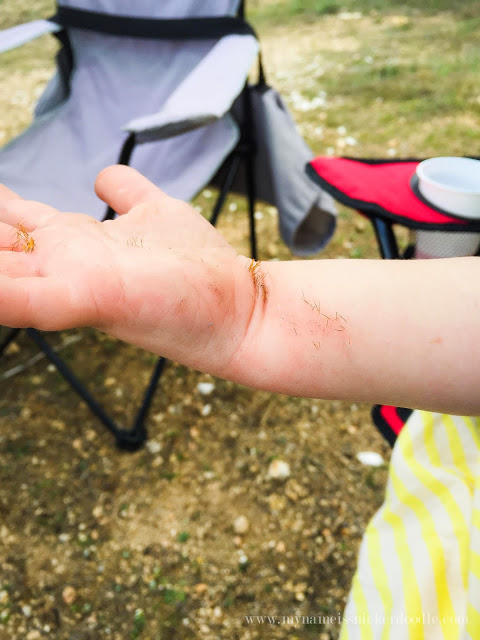 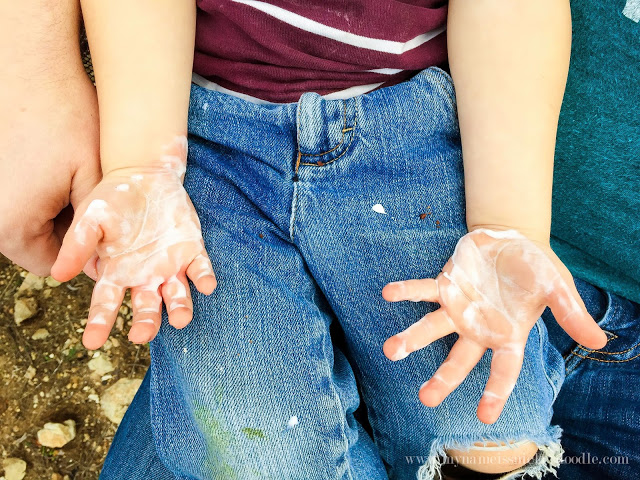 I looked it up online and I think it was a Hedghog Cactus he fell into.  Small and pretty low to the ground.  The tend to blend in with the rocks so they are hard to spot unless you are right up on them.
He was fine after all said and done.  A bit more snugly and ended up falling asleep in my arms by the fire.  I am not a fan of cacti at ALL and this just gave me another case to dislike them! 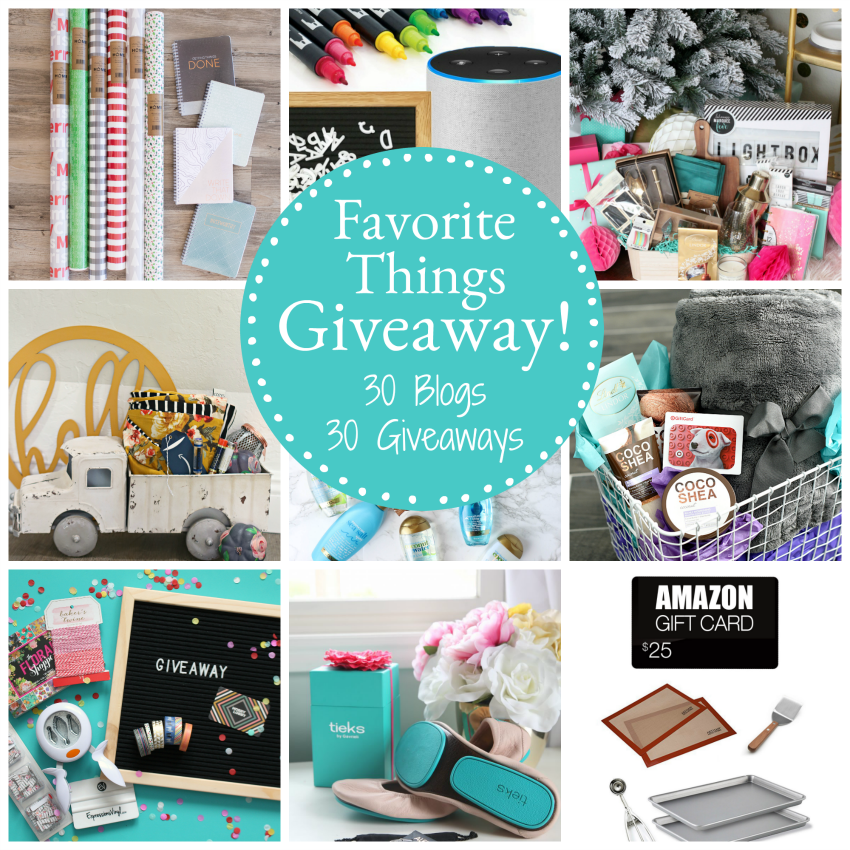 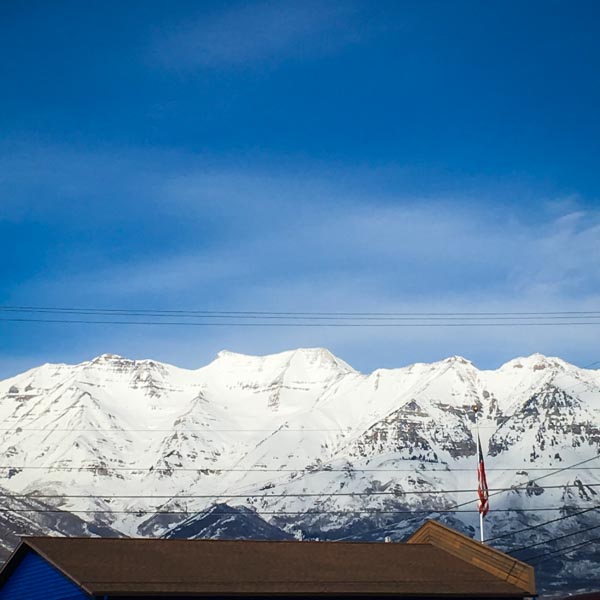 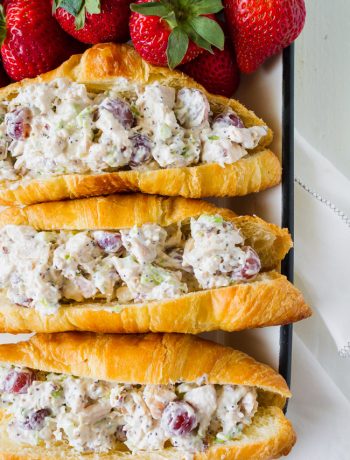